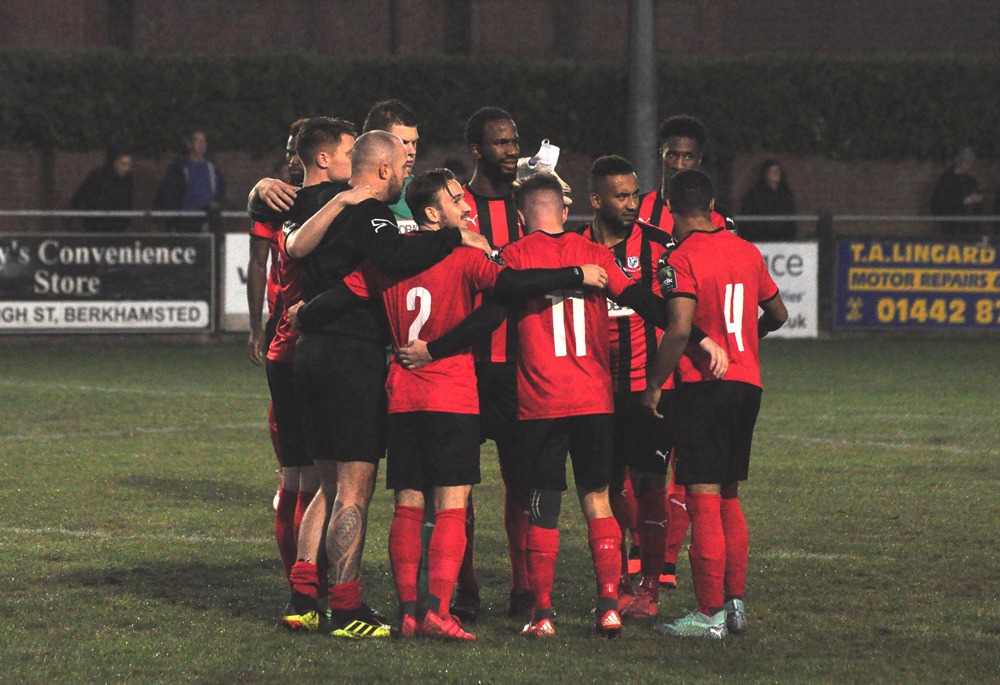 The Town’s chances of achieving four promotions in four years were ended on Wednesday evening, as Maldon & Tiptree were victorious in the Bostik North Play-Off Semi-Final. The SeedGrowers dominated for long spells in the first half, however were unable to take the lead, whilst Maldon had their goalkeeper, Ben McNamara to thank for two superb saves to deny Nnamdi Nwachuku and Curtis Haynes-Brown. Maldon took the lead through a Eddie-Louis Dsane goal midway through the second half, as Coggeshall were unable to find an equalising goal before the final whistle.

Their win means Maldon will host their nearest rivals, Heybridge Swifts in Sunday’s final, after Swifts overcame Aveley by two goals to nil. Everyone at West Street would like to wish both sides the very best in the final and may the best team win.