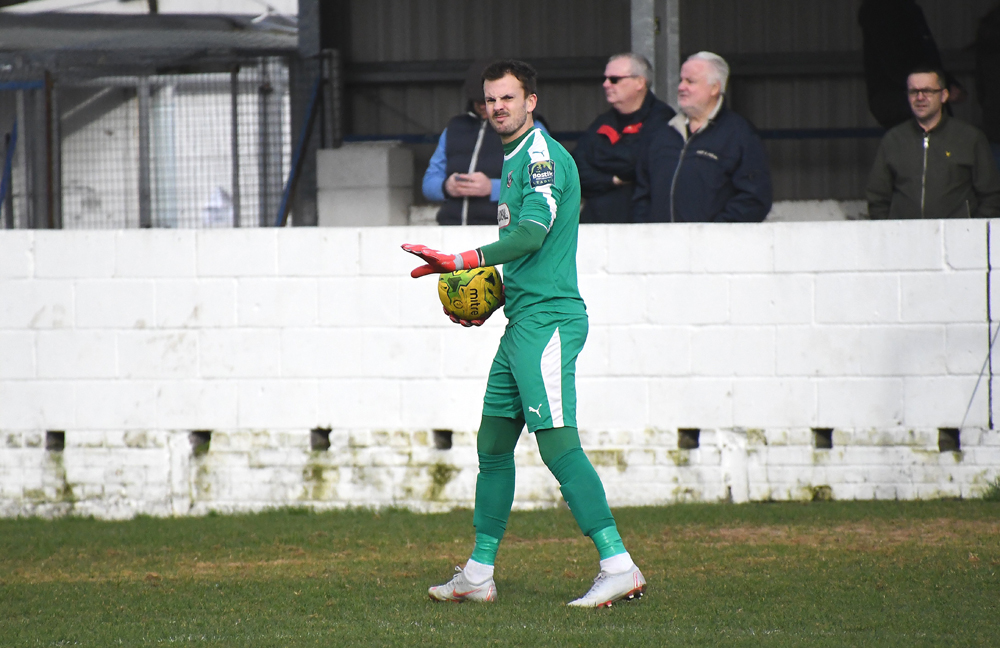 After four matches, the SeedGrowers won all four games in February and only conceded a single goal, which was against Romford on Saturday 9 February. Danny Sambridge (pictured) and his defence have managed to keep out the strike forces of Mildenhall Town, Canvey Island and Grays Athletic.

The Town have also started March on the right foot, having kept another clean sheet against Barking on Saturday. Congratulations to Danny and his defenders!