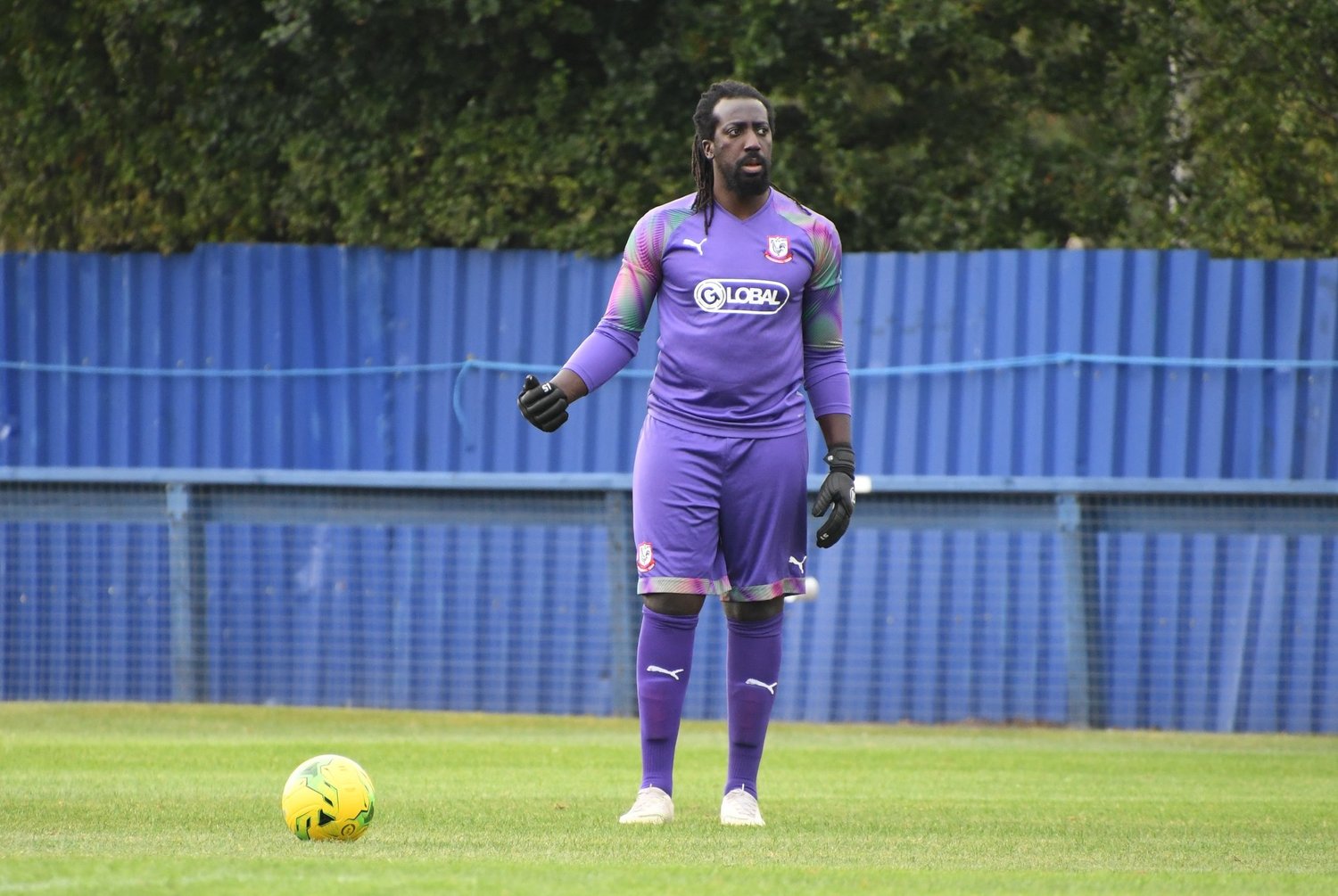 After an unbeaten start to the 2019/20 season, Coggeshall Town have been given an award by the Isthmian League.

Having only conceded two goals in four league games, the SeedGrowers, led by Goalkeeper, Ashlee Jones have the meanest defence in the league. As a rewarded for the defensive record, Coggeshall have been handed the Isthmian League Division One North AB1 Golden Glove award for the month of August.

Congratulations to the entire team, especially Ashlee Jones (pictured) and his defenders.