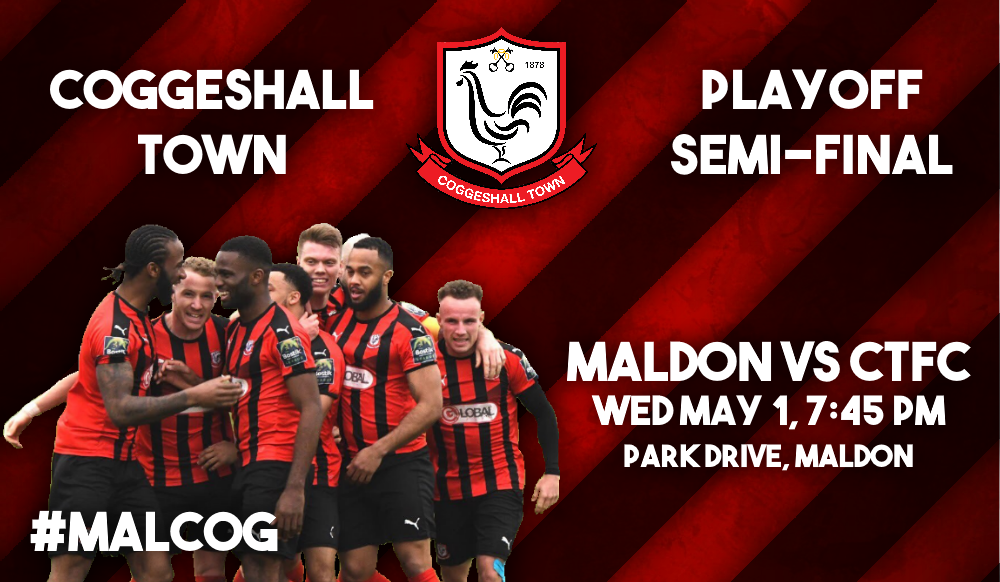 After Coggeshall’s defeat on the final day of the season against AFC Sudbury, they remained in fourth place in the final league table standings with an impressive seventy four points, in their first Bostik North season.

The SeedGrowers now go in to the play-off semi-final and will travel to Maldon & Tiptree on Wednesday 1 May, with the game kicking off at 19:45.

The two sides have met twice throughout the 2018/19 season, with the Jammers beating Coggeshall at West Street in November by three goals to two. The final meeting was fairly recent, on 16 March and the SeedGrowers ran out four-one winners.

The other play-off semi-final will be played at Parkside, the home of Aveley who will welcome Heybridge Swifts.

We look forward to seeing you all at Park Drive on Wednesday, Graeme and his team need your support now more than ever!