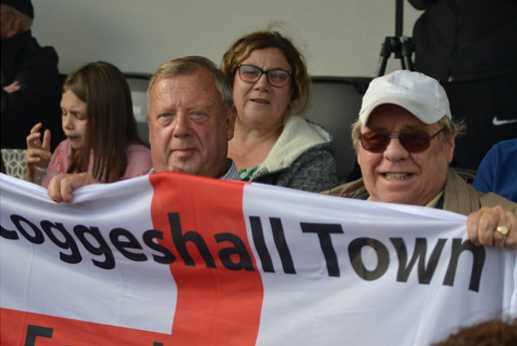 Jim on the right of this photo is a former Romford supporter who moved to Essex in 1980, he has watched Colchester United and the Town since then. From the 2015-2016 season, he has watched the Town more and more and now follows the Town home and away. Jim, who also sponsored our away game at Romford, is photographed with his travelling companion Keith Brandom.Keith was also the Match Sponsor for the home game against Brentwood Town. Jim and Keith are photographed supporting the Town in the F.A.Vase match at Bracknell Town earlier in the season.