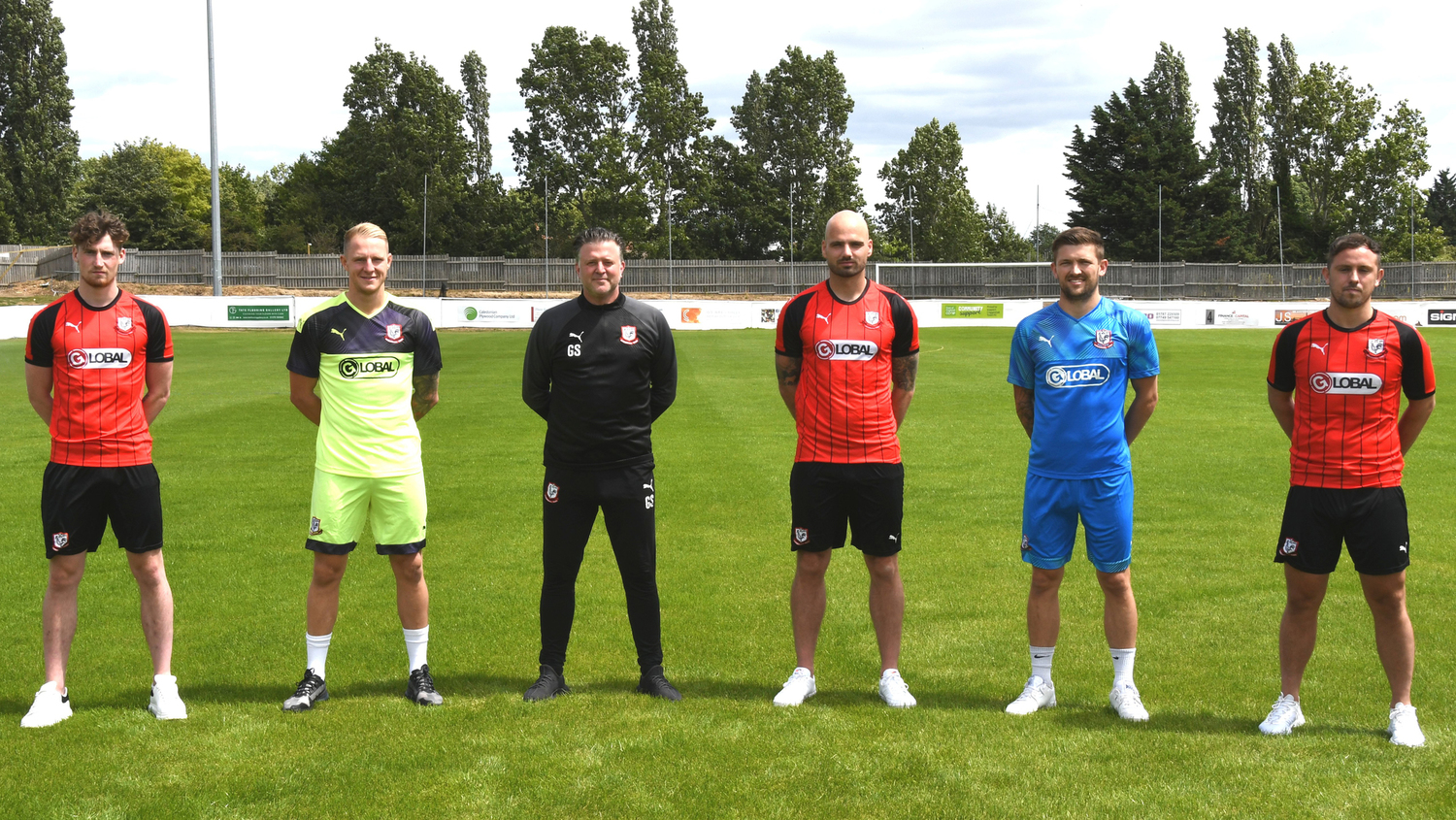 All 5 of the new signings are players that I have admired for a while and always kept a close eye on. Jake Turner is a player I have tried to sign before on a couple of previous occasions but he has always stayed loyal to Brightlingsea which shows what a great character he is. I have always understood his reasons for not moving previously but I am really glad we have finally managed to get him to West Street as he is a tremendous player.

Tyler Corlett needs no introduction to our supporters as he captained the side in his previous spell, we missed Tyler when he moved on last season so I am really happy he has decided to return as he is a great presence in the team and leads by example with his no nonsense style.

Milo Grimes is a huge talent who I watched several times last season and always put in an excellent performance, he has many assets as a central defender as he can win his headers and is committed in the tackle but also is comfortable on the ball with a good turn of pace, I am really looking forward to him developing further this season.

Matt Price is another player who I have also took an interest in the past but he has had such a good spell with Heybridge in recent times it wasn’t ever going to be an easy task to get him to move. I’m very happy that he feels now is good time for a fresh start with us, his goal record speaks for itself and his work ethic and general all round play is something I’m really looking forward to working with this season.

Lee Flavin joins us in a player / coach role after a spell out with injury. I think Lee being around the place will be a big boost for the club on and off the pitch. First and foremost he is coming in to play and if we can keep him fit and injury free he will be a real asset to the squad as he can play multiple positions comfortably. Off the pitch he has lots of good ideas which will only enhance what we already do at the club and I feel he will fit in to my coaching set up well alongside my long term assistant John Pollard.

The five new players will be great additions to an already very strong squad that was finishing last season really well before it was cut short. All the members of last seasons squad that I want to retain have agreed to stay on for next season which I am sure is going to be a successful one. As a management team we have learnt lots in the previous two seasons which is going to make us a stronger outfit in this division next time round whenever we get the green light for the season to start.