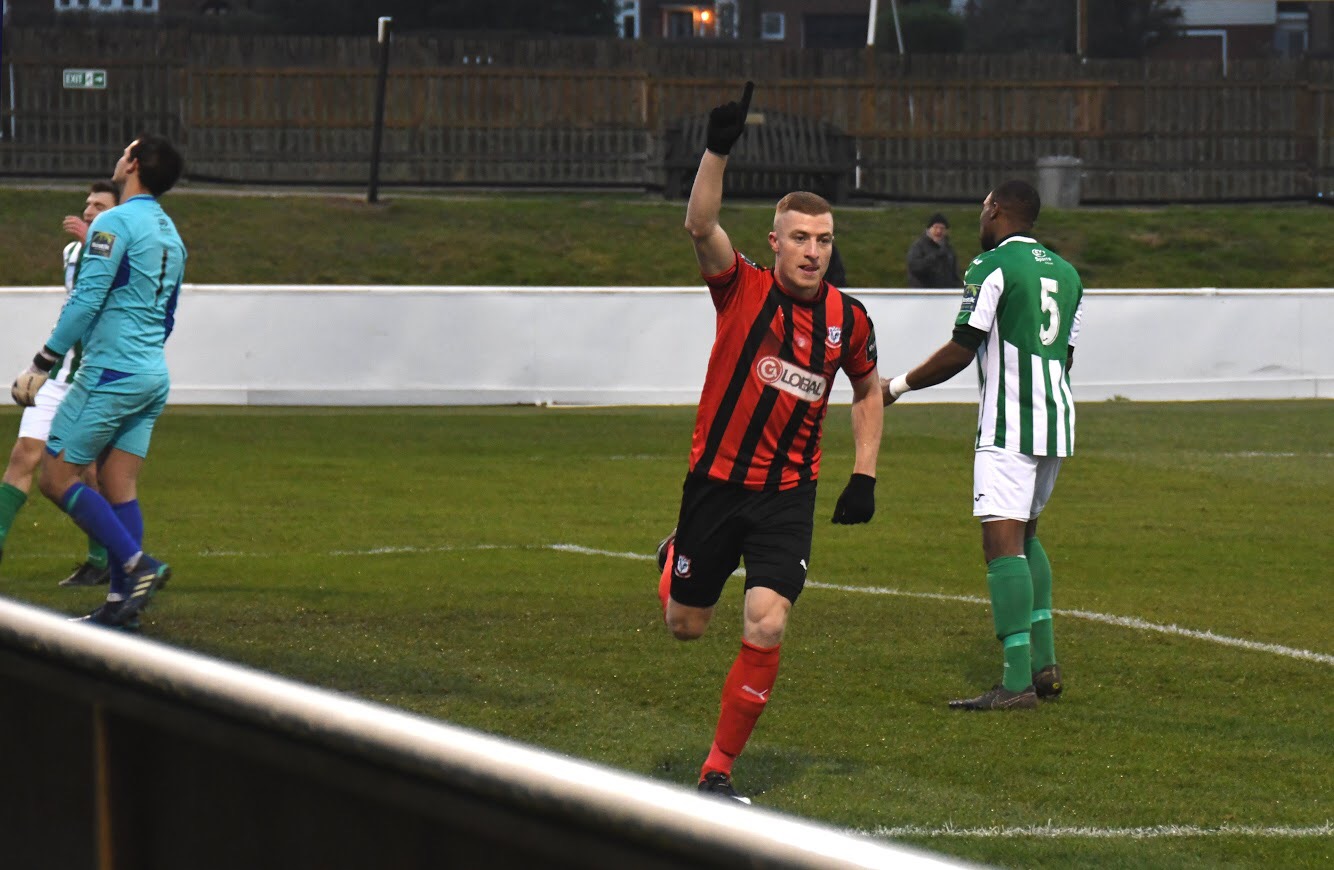 Striker, Sam Bantick has left West Street to join fellow Bostik North side, Aveley. ‘Banno’ joined the SeedGrowers in October 2018 from local neighbours, Heybridge Swifts and arrived with a lustrous career and reputation behind him. Since the turn of the year, Sam has had limited game time and it was mutually agreed that it would be within Banno’s best interests to move on and find a new club in order to find regularly playing time.

Throughout his time at the club, Sam went on to produce some remarkable performances, appearing twenty five appearances in total. During those appearneces he went on to record twelve goals for the SeedGrowers. Banno’s last goal for the club was away from home against Witham Town on Friday 21 December.

Bantick commented on social media following his departure from the club: “[It’s] Been a hard decision to make but would like to thank everyone @CoggeshallTown. Great group of lads good luck for the rest of the season”.

Everyone at West Street would like to thank Sam for his efforts whilst with the club and we wish him all the very best for the future. We look forward to welcoming Banno and his Aveley side to West Street on Saturday 6 April.